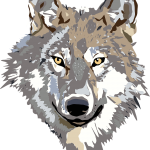 Woman says timber wolf attacked her while she was near side of road helping motorist http://winnipeg.ctvnews.ca/woman-says-timber-wolf-attacked-her-while-she-was-near-side-of-road-helping-motorist-1.1197811#commentsForm-378596

Wolves were hunted nearly to extinction in Germany in the 20th century. But over the past decade, they have been making a slow return. Farmers say the wolves are pests and should be hunted down.
http://www.dw.de/german-farmers-demand-the-right-to-hunt-wolves/a-16568810

Wolf kills Iraqi boy in palm grove
(AFP) – Sep 24, 2012
HILLA, Iraq — A five-year-old Iraqi boy was pounced upon and killed by a wolf as he picked dates in a palm grove near the town of Hilla in central Iraq, a witness and a doctor said on Monday.
http://www.google.com/hostednews/afp/article/ALeqM5hPRI-uplWPtXANy3cQZFhHp-XdtQ?docId=CNG.2cbd38ae773d89f0471f8d31c2513c98.61

Tok trapper says he was attacked by wolf while on snowmachine
Alaska Dispatch
December 18, 2012
http://www.alaskadispatch.com/article/tok-trapper-says-he-was-attacked-wolf-while-snowmachine

An American cyclist was shaken but unharmed last week after being chased down the Alaska Highway by a wolf.
http://www.yukon-news.com/news/cyclist-narrowly-escapes-wolf-attack/

Man-Eating Wolf Killed by over 100 Cops

The wolf attacked children in five separate incidents, with two killed and five wounded. Over 100 cops, including SWAT team, were sent to hunt down the man-eater.

Krasnoyarsk media have reported details of the incident that took place near the village of Essey. A 10-year-old boy was killed by a pack of wolves. Meanwhile, officials with the Central Investigation Department of the Krasnoyarsk region release cautious comments about the incident.

On February 28, 2013, law enforcement agencies received information saying that the body of a 10-year-old boy with signs of violent death had been found on the isthmus of Essey Lake, located in the village of the same name. There were multiple lacerated wounds on the child’s body, similar to animal bites.

Either wolf or dog traces were found near the boy’s body.

According to preliminary reports, in the evening of February 28, the boy went to see his brother home. The boy’s mother, alarmed by his long absence, went out to search for her son and found the child dead.

GULBARGA: A pack of wolves snatched away an 18-month-old sleeping baby and ate it, leaving only the skull in Belur village near Gulbarga on Thursday. Baby Rukmanna was sleeping under a tree in a field near Belur village. Rukmanna’s mother Siddamma had come to work in the field. She fed him and left him sleeping under the tree. At 4pm, she went to take the child but to her shock, he was missing.

On Friday morning, a villager out to attend nature’s call found some wolves in the vicinity . When he returned with other villagers, they found the baby’s skull. A villager Malakanna Einolli said, “We’ve been facing severe attacks by wolves and boars. Last year, a 5-year-old boy was bitten by wolves. The boy was admitted to hospital and survived.”

VLADIVOSTOK, April 2 (RIA Novosti) – An eight-year boy was killed by a wolf in an attack in a city-center zoo in Russia’s Far East, a local police spokesman said Monday.

Boy 10 Killed By Pack of Wolves in Siberia

From the report of Pravda:

On February 28, 2013, law enforcement agencies received information saying that the body of a 10-year-old boy with signs of violent death had been found on the isthmus of Essey Lake, located in the village of the same name. There were multiple lacerated wounds on the child’s body, similar to animal bites.<<<

Srinagar: Panic has gripped in the Hail Jageer village  of North Kashmir’s Baramulla district with the death of nine year old boy who has been mauled to death by a pack of wolves 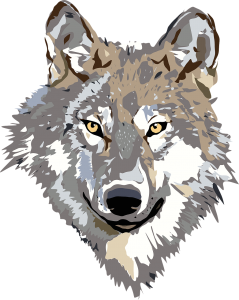 Sorry but your country is blacklisted due to high spam amount!
You are not allowed to post any comments!